A saw is a tool that is made for use as a cutting tool. A saw can be used in cutting wooden and metallic materials. Saws usually have cutting edges that are sharp and tough. There are many different types of saws in the market.

The cutting edges may be in form of a blade or chain. These cutting edges are what are known as the saw bits or saw blades. Saws are not same as a knife, saw blades/bits are always toothed while a knife will always come with blades having straight but sharp edges.

We can say knife edges are toothless while saw blades and bits are toothed. A knife is usually used as a utensil while saws are mainly used as industrial work tools.

There are other differences between the two cutting tools. Saws are working tools that are employed in cutting materials for building, construction, tree falling, etc. works.

They can be used at home and in workshops as a work tool for cutting wood, plastics, metals, etc.

Different Types Of Saws And Their Uses

There are different types of saws and they are usually named based on their design and uses. They can either be hand held or machine power. They are also named according to the shape of their blade/bit.

Additionally, they can be named based on their type of cut. We are going to discuss some examples as we look at the different types one after the other below.h

These are saws powered by other sources i.e. by electric power, etc.

Types of Saws for Woodcutting

These are saws for cutting and shaping woodworks, there are so many types of saws that fall under this category.

Some are motorized and some handheld. Some common examples are hacksaw, miter saw, dovetail saw, rip saw, band saw for woodworking etc.

These saws as their name suggests are saws that are usually mounted on a frame, the frame is used to tension them for them to be rigid enough to operate. The following are some examples:

Bow saw– This is a type of saw that is held by a bow frame. They can serve as crosscut or rip saw.

Surgical saw– Used by surgeons for the cutting of bones while performing surgical operations.

Stave saw– These are saws that can be used to cut staves for wooden gaskets.

Girder saw– This is a large saw that has large a frame.

There are other saws that can be categorized as frame saws such felloe saw, fret saw, etc.

These are designed to be held with a hand while in operation. They are of different types and uses. We have the following:

Rip saw– They are known as a rip saw because they cut across the rip of wood splitting them up.

Japanese saw– A kind of pull saw that has thin blades having rip blade on one side and kind of crosscut teeth on the other side.

Hacksaw– It has a fine toothed blade that is hoisted in a c frame.

Coping saw– similar to the hack saw but has a thinner blade that can be used interchangeably. Used mostly by artists.

Veneer saw– As the name implies, it is used for cutting wood veneer.

Plywood saw– A specially made saw that is fine toothed, that is used for cutting of plywood.

Pad saw– The blade is held in a pad and it is for wood cutting.

Chain saw– Machine powered and can be used to cut down big trees. The blade is in form of a chain.

Panel saw– A type of handheld saw that has finer teeth for wood cutting.

There are other types of hand saws such as a wire saw, crosscut saw, butcher’s saw, monkey saw, etc.

Types of Back Saws

Back saws are a type of handsaws but commonly referred to as backs saws because of the back of their cutting edge that has a stiffening edge enabling you to hold it for precision cutting. There are different types. They are as follows:

Tenon saw– They are used for designing tenons.

Miter saw– Used in the cutting of miters of any angle.

Razor saw– Usually small kind of back saw that comes with disposable blades.

Dovetail saw– A small back saw used for cutting of dovetails.

Sash Saw– A kind of back saw that can be used to open sash.

There are other ones such as Japanese backsaw and gent’s saw.

They are known as circular saws because of possession of circular blades/bits. As their blades rotate at high velocity, they can easily cut through any material. They are usually machine powered. Examples are given as follows:

Abrasive saws- They are machined powered saws that use a circular abrasive blades/discs for cutting of metals. They can also be fitted with metallic blades for cutting.

Hole saws– They are ring-shaped used for cutting of holes.

Concrete saw– This is a powerful saw used for cutting of concrete and asphalt surfaces. They are usually machine powered and are fitted with diamond blades.

Circular saws– They are used for cutting of different designs on wood, metals and other materials. They have circular blades that spin.

Rotary saws– They are used for general precision cuts.

Table saws– Table saw got their name from being fixed on a table and are capable of doing a whole range of cutting work. Any form of cutting can easily be achieved using a table saw.

There are other types of circular saws such as pendulum saw, electric miter saw, and radial arm saw.

Reciprocating saw possess blades that move up and down to effect a cut. They operate by moving back and forth as their blades are doing the cutting. Examples of Reciprocating saw are as follows:

Sterna saw– This saw is a surgical instrument that can be used in cutting open a patient’s sternum.

Jigsaws– Jigsaw are designed for cutting of irregular shapes.

There are other types such as scroll saw, drag saw, tile saw etc.

They are saws with a continuous band of toothed blades placed on two wheels for cutting of materials. They can be used for cutting a variety of shapes.

There are different types that range from timber cutting, meat cutting and to cutting things like metals and wood. Some examples are as follows:

Head saws– They are used for making initial cuts on timber.

Resaws– Practically used for resawing as the name implies, it is used to cut along the grain of timbers. 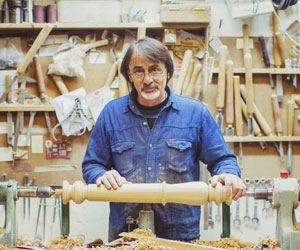 I’m the man behind this website. We like TOOLs! Our motive is to provide true and honest review about various tool’s out there in the market. Either that tools is good for you or not, we want you to know that before buying.

*** Content on this site has affiliate links but no additional cost to you. ***